Experience the extraordinary creative process of one of the world’s most inventive photographers through his pictures, films, photographic sets, and special installations – including ten new series of photographs influenced by the V&A’s collections. 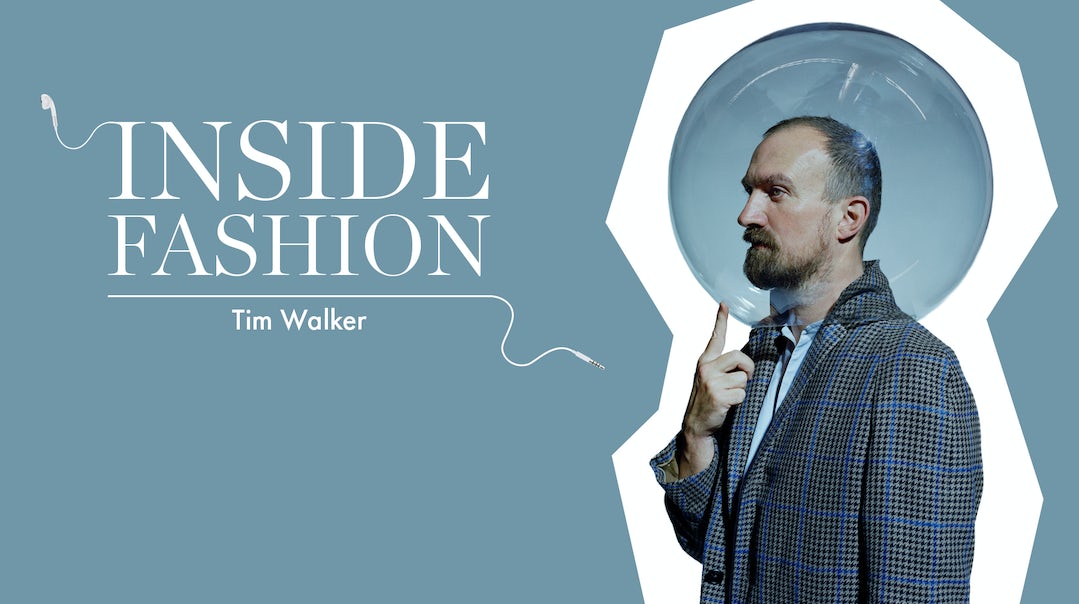 The acclaimed photographer sat down with Tim Blanks to discuss the ‘infinite objects of beauty’ that inspired his new V&A exhibition.

When British archaeologist Howard Carter broke his way into the tomb of Egyptian pharaoh Tutankhamun and was asked if he could see anything, the only response he could muster was “yes, wonderful things.” 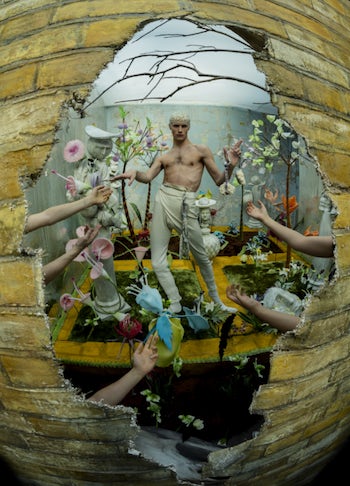 Such was the inspiration behind the name for Tim Walker’s latest exhibition at the V&A, the largest in the museum’s history. Designed by Shona Heathand curated by Susanna Brown, Tim Walker: Wonderful Things is “a love letter” to the museum, comprising a 10-part series of images and text from Walker and inspired by items he selected from the V&A’s extraordinary archive.

There are, for example, multiple works that Walker created in response to a single bejewelled snuffbox. A small trinket “casket” made by a 15-year-old girl in the late 1600s inspired a series of photos capturing London’s nightlife, with club kid James Spencer the primary subject. As a project that was three years in the making, the work produced for Wonderful Things has informed his fashion photography, as he “wanted to honour historical objects and make them very contemporary.”

The exhibition is also bookended by a 25-year retrospective of Walker’s photographic work, “a chapel of nudes,” a wall of muses and his latest foray into film. For Walker, the retrospective is characterised by a sense of evolution from “playful” surrealism “making the impossible possible” to an almost-Romantic sense of the sublime. “Visions are waiting to be found and articulated… By meditating on that vision that you have in your head, you often miss the beauty of the spontaneous,” he said. “Now I just see beauty in the simplicity of a nude or beautiful dress.” 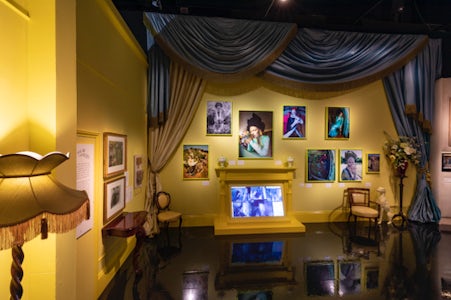 Tim Walker Exhibition “Why Not Be Oneself” Section | Source: Courtesy

Throughout his career shooting editorials, portraits and campaigns, Walker maintains that “the responsibility of the photographer is to find beauty in anyone, because everyone has something.” Indeed, working under Richard Avedon in New York, he learned that the subject takes priority over the technical elements of a shoot — with playful characterisation often the best way to amplify a persona.

Rather than having a distancing effect, photography for Walker is “a tool of intimacy,” the camera a justification for “peculiar meetings” with celebrated people — from Margaret Atwood and David Lynch to Alexander McQueen and Edie Campbell.

For Walker, the medium of photography also emphasises the transience of a moment — and, by extension, a reflection on mortality. The static image is “an inescapable memento mori,” he said. But there is solace in the fact that “ends are always followed by beginnings; beauty comes back in waves.”

New York Design at Home Designers’ homes are often laboratories where they are free to experiment. These spaces are filled with the designer’s most…