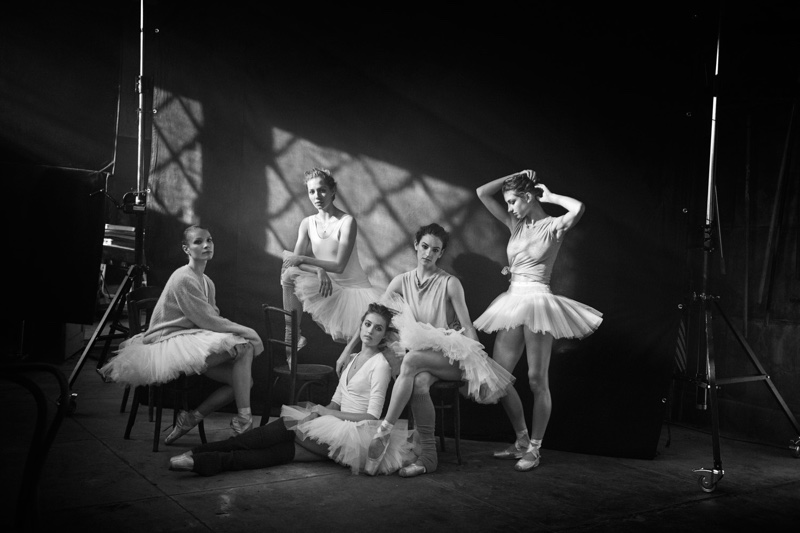 Home to some of the best dancers in the world.
—The New York Times

The 2016 Season is flush with treasures from the Company’s diverse repertoire — 56 ballets, including an astonishing seven world premieres. Just as impressive is a musical repertory with 45 composers, two newly commissioned scores, and the debut of recently appointed Music Director Andrew Litton.

New York City Ballet is one of the foremost dance companies in the world, with a roster of spectacular dancers and an unparalleled repertory. The Company was founded in 1948 by George Balanchine and Lincoln Kirstein, and it quickly became world-renowned for its athletic and contemporary style. Jerome Robbins joined NYCB the following year and, with Balanchine, helped to build the astounding repertory and firmly establish the Company in New York.
New York City Ballet owes its existence to Lincoln Kirstein, who envisioned an American ballet where young dancers could be trained and schooled under the guidance of the greatest ballet masters. When he met George Balanchine in London in 1933, Kirstein knew he had found the right person for his dream. Balanchine traveled to America at Kirstein’s invitation, and in 1934 the two men opened the School of American Ballet, where Balanchine trained dancers in an innovative style and technique that matched his idea of a new, unmannered classicism.
In 1946 Kirstein and Balanchine formed Ballet Society and presented their new company at the City Center of Music and Drama in New York. After seeing a Ballet Society performance, the chairman of the City Center finance committee invited Balanchine and Kirstein’s fledgling company to officially join the performing arts center. On October 11, 1948, New York City Ballet was born with a performance that featured Balanchine’sConcerto Barocco, Orpheus, and Symphony in C.
Balanchine served as Ballet Master of New York City Ballet from its inception until his death, in 1983, choreographing countless works and creating a company of dancers known for their linear purity, sharpness of attack, and overall speed and musicality. In 1949, Jerome Robbins joined the Company as associate director and, with Balanchine, created a varied repertory that grew each season. In 1964 NYCB moved into its current home at Lincoln Center’s David H. Koch Theater (formerly the New York State Theater), where it currently is on stage 21 weeks of the year. Each December, the Company presents George Balanchine’s The Nutcracker™, which has been performed every year since its premiere in 1954. In 1966, New York City Ballet performed at the opening ceremony for the Saratoga Performing Arts Center, in upstate New York; the Company has had a residency there every summer since. NYCB also tours regularly, both in the U.S. and abroad.
Following Balanchine’s death, in 1983, Jerome Robbins and Peter Martins were named Co-Ballet Masters in Chief, and since 1990 Mr. Martins has assumed sole responsibility for the Company’s artistic direction. Like Balanchine, Mr. Martins believes that choreographic exploration is what sustains the Company and the art form itself, and NYCB continues to present new work as an ongoing part of its performance seasons. Widely acknowledged for its enduring contributions to dance, NYCB is committed to promoting creative excellence and nurturing a new generation of dancers and choreographers.
New York City Ballet Reviews

“With dance, it is about capturing movement, which is everything I love. It leaves space for the unexpected, as the same movement is never twice the same.”

JR: Chronicles October 4, 2019–May 3, 2020 Over the past two decades, JR has expanded the meaning of public art through his ambitious projects…